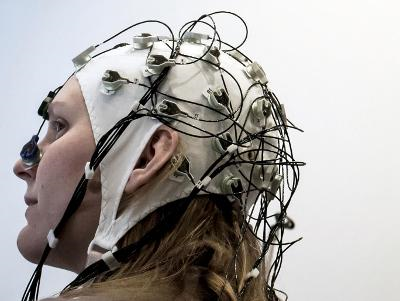 Scientists believe they may have taken the first steps towards making Matrix-style ‘instant learning’ a reality.

A team of researchers from HRL Laboratories in California conducted experiments in which they studied the brain signals of trained pilots and attempted to ‘transplant’ them into the brains of beginners who were using a flight simulator.

The technique is similar to that seen in 1999’s The Matrix, in which the protagonist, Neo, learns Kung Fu in a matter of seconds after the knowledge is uploaded directly into his brain.

The scientists measured the brain waves of the pilots as they flew in a flight simulator mission, and isolated signals which they believed corresponded to certain flying skills.

32 test subjects then flew the same simulated mission while having their brains stimulated with an electrode cap, in an effort to mimic what was going on inside the brains of the professionals.

Surprisingly, the researchers found that the trainee pilots who had their brains stimulated performed much better in certain tasks than those in the control group, becoming 33% more successful in their tasks by the end of the tests.

Unfortunately, learning to fly in five seconds isn’t a reality, yet.

As research scientist Dr Matthew Phillips explains, the learning mechanism used by the two groups was the same — even with stimulation, learning to fly a plane is a skill which takes months to build up.

However, by using their stimulation cap, they managed to “amplify and boost” the subjects’ learning.

It’s still very early days for the techology, and the team’s study, published in Frontiers in Human Neuroscience, will need to be rigorously checked by the scientific community in the future. However, it’s an exciting start.