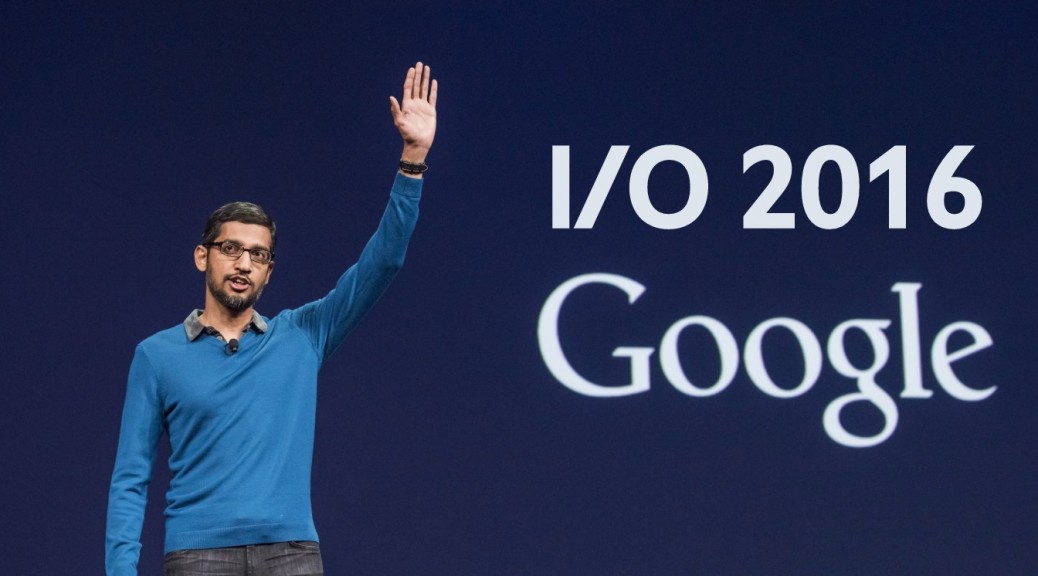 At Google I/O 2016, one point stood out more than any other: Virtually all the features and news discussed at the event were applicable for every platform but desktop. We saw Android developments, wearable updates, virtual reality and even a product announcement for a new device class, all of which are changing how marketers should approach content as we move into the second half of 2016.

Google made five major announcements that we as marketers should take note of to stay up to date with the search, social and mobile giant:

Android N is a new multi-tasking, multi-windowed version of its mobile operating system designed so users can do even more on their phones and tablets. One of the biggest developments in N is Instant Apps, which allow marketers to serve a native app experience to their readers as easily and conveniently as they can with their website experience.

Google’s attempt to bridge the gap between mobile and web apps lets users engage with your brand and answer their questions without installing the app, meaning easier, broader exposure for your business.

“Google is essentially trying to make it easier for consumers to interact with apps or get a quick answer from an app. The fact that Google is trying to make that experience more like the web, without compromising the superiority of the native app experience over mobile web, reinforces the fact that the app ecosystem is a far more important touch point between users and publishers than the mobile web, a fact which is only going to expand further over time.” – David Kurtz, Chief Product Officer, Opera

This update to Android emphasizes the importance of good app design and the understanding that users don’t always want to have a full app on their phone; sometimes they just want to use one piece of it once. If there ever was a signal that Google is favoring app content over mobile website content, this is it.

Marketing takeaway: Mobile SEO is changing, and now that Android apps are cataloged on Google Search, your apps will be a contributing factor of your brand’s SEO.

Allo connects you with friends (and with Google)

Only weeks after Facebook Messenger’s marketing platform announcement at the F8 conference, Google announced a similar service with Allo. This mobile-only chat app will feature:

Allo is partnering with third-party apps such as OpenTable, as well as integrating its own services like Maps and Search to allow a full range of action for users. Additionally, Google Assistant will pull from the Knowledge Graph to answer users’ questions, so the better your content, the more likely it will be delivered to the app’s users.

Marketing takeaway: Make sure your business is listed properly and kept updated on as many services as possible so that you can be present and at your users’ fingertips.

Perhaps the most unique release from I/O is Google Home, their smart speaker. The device works within homes (both smart and standard) to perform small tasks and provide answers to questions, using Google’s powerful algorithm, “knowledge” base and Google Assistant. Google Home is being marketed as more than a “talking gadget” like its competitor, Amazon’s Echo, and more of a new search platform. Embedded in the many lifestyle features – smart home applications and entertainment – Google has sneaked in the ability to have a two-way, continuous conversation between the device and the user.

Not only is Google getting better at learning how we look for information, the virtual assistant in Google Home responds to semantic language and pulls from all of its cataloged information on the internet to conversationally engage the user with answers and recommendations.

Marketing takeaway: With devices like Home and Echo, semantic search is getting more natural and more common. As marketers, we need to optimize our content for these types queries to match auser’s intent, without getting hung up on keywords and other outdated SEO factors.

The new device from Google drives home the modern principle of “Content First!” Google Home isn’t going to provide links to your website, but if your content answers users’ questions, expect to be indexed more often.

VR is still just a ‘Daydream’

While virtual reality is not “changing the world” as quickly as we all hoped, Google’s VR platform, Daydream is now incorporated into the Android N operating system, and headsets are also rumored for an upcoming release.

The Daydream platform, which will work with future hardware, will allow users to engage with all aspects of Android in VR mode, using Cardboard or other VR headsets. The New York Times, HBO, Netflix and other brands are already beginning to develop for the platform.

Marketing takeaway: Don’t stop what you’re doing now to develop for Daydream. It’s still a ways away from being mainstream, especially since it won’t be compatible with most current models of phones.

Android Wear is taking its time

Similarly to virtual reality, wearable technology is having a hard time catching on. In an attempt to improve the appeal and functionality of Android Wear, Google updated the device to work in a standalone, phone-free mode that allows data from any app show up on the watch. There will even be a mini, swipe keyboard on the watch face.

Users make decisions even faster on their watches than on their phones or computers. The development of any new watch operating system often means there will be more semantic, contextual voice searches, and the addition of the keyboard means we might also see an increase in written, auto-suggested, quick mobile searches.

Marketing takeaway: As with the broader world of marketing, for wearable-friendly content the emphasis needs to be on high-quality, targeted content. Even though wearables are not as popular as smartphones right now, they’re still worth keeping in mind as you develop content that is designed to engage your audience.